Play it in the browser!

How it differs from classic roguelikes

"Entertainingly, a coworker looked at my screen (I'm migrating VMs between systems while I play, lots of waiting time) and asked what UNIX tool that was. :-)"

"Do you think its above being a game? 'Cause its not. Its a fairly standard rogue like roguelike."

This is not a "video game", because there is barely any "video" in it. Neither does it aspire to be an interactive movie nor even a novel --- you are not going to be following a script, but discovering and building a world, a story, a grand survival strategy, a tactical toolbox of your own. The goal is to engage you in non-verbal daydreaming about adventuring with a band of trusted friends: you know each other so well you can almost see through each other's eyes.

You need no more than an occasional nod, a cry of warning or a quick gesture to fully share situational awareness, elect a new pointman and cover his advance. You fight as one organism, attack, escape, guard each other's back, explore spaces no human ever saw before and experiment with and appraise your spoils, sharing and augmenting your scarce supplies in a dark nook of an abandoned store. This is an adventure and a world you creatively imagine, you master, you live through (or die in) and afterwards you tell stories about. And even if you don't tell, this doesn't make the stories any less true.

The gameplay manual (dev version) may help when initially developing the personal game-to-brain interface pathway that supplies game state information. The user interface tries to engage the brain visual and aural processing centers only marginally and instead let their full capacity be used by personal imagination for sensory world-building in a fully original, uncoerced, true-to-dreams way. Like when reading a book, but with less words and more action.

The game is written in Haskell using the LambdaHack roguelike game engine. See the changelog file for recent improvements and the issue tracker for short-term plans. Long-term goals are high replayability and auto-balancing through procedural content generation and persistent content modification based on player behaviour. 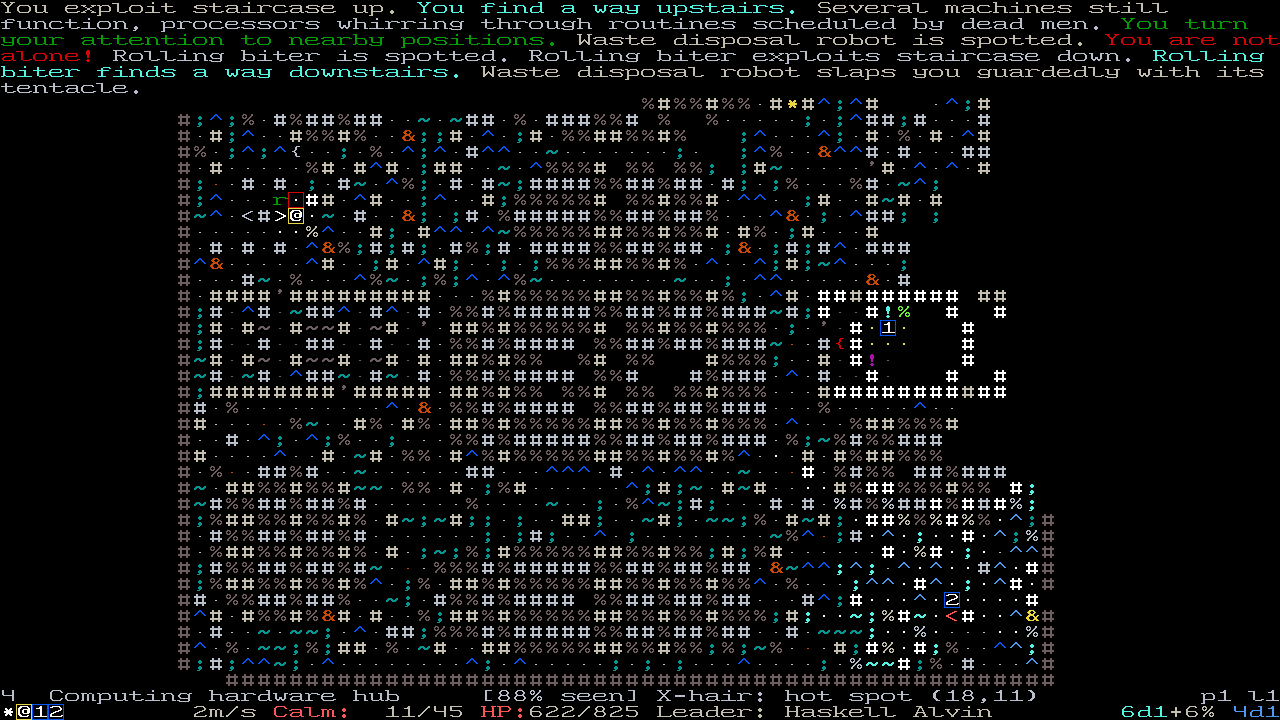